Team FATH wins the company cup of the TV 21 Büchenbach 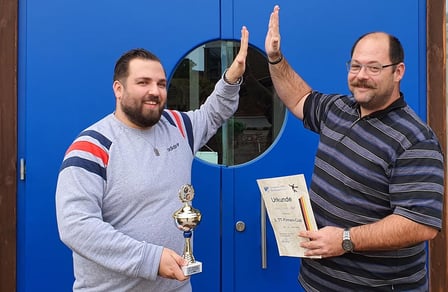 Germany - Spalt 30.10.2019 - With a victory the FATH table tennis team showed its strength at the third company cup of the TV 21 Büchenbach. The FATH athletes played against 16 teams and won against companies like DEBEKA, STUKK ABE, UVEX, Polizei Roth, Continental´s Nuremberg and many more. "In the last duel of the tournament there was a lot of tension. After a short round we were able to win" reports Tobias Ruckriegel, who competed for FATH together with Dirk Alberts. The players received a trophy at the award ceremony.

We are happy about the success of the two athletes and hope that they will compete for FATH again next year. 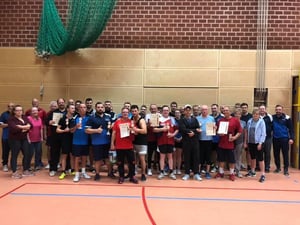 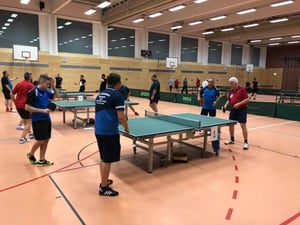